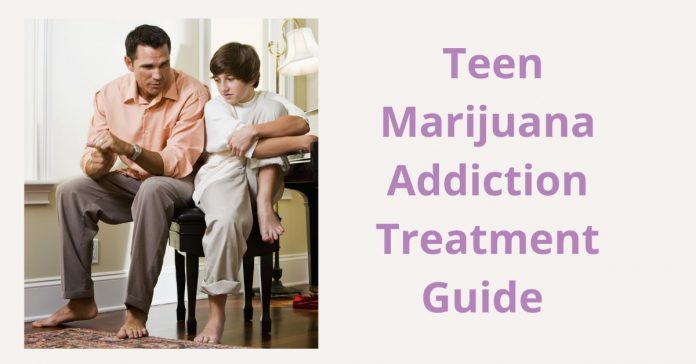 Marijuana use and addiction by teens are a growing problem in the Los Angeles area. Parents need to know the facts about marijuana, its dangers, and how to get help for teens. Key Transitions, a teen marijuana addiction rehab centre in Los Angeles, has helped us jot down some relevant information about teen addiction to cannabis.

What You Need to Know About Marijuana

All forms of marijuana-derived from the Cannabis plant were initially cultivated in Tibet before being traded to Europeans after its calming, medicinal properties were discovered. Today’s marijuana is a product of the original cannabis plant, but many genetic modifications have taken place to allow for variations in taste, flavour, and potency.

Marijuana use involves crushing the stems, leaves, seeds, and flowers of the cannabis plant and ingesting them into the body. Methods of use include smoking marijuana cigarettes, called joints. Sometimes the marijuana is rolled into the cigarette with tobacco, but more often, it is pure marijuana.

As the Federal Drug Administration has allowed legalized marijuana, the drug has become more accessible and affordable. This has created an increased cannabis market in the US, particularly among young adults and teenagers. A 2019 study stated that recreational marijuana use was 25% higher in states with legalized marijuana. In states where marijuana is illegal, marijuana use has also increased, particularly among teens aged 12-17.

So, where are these kids getting the pot? Teenagers will get marijuana from friends, adult family members, and by purchasing from drug dealers. A growing concern is the use of synthetic marijuana, created by spraying a combination of chemicals on dried plants. Because this product is unregulated, different chemical combinations are being used by brewers, and the dangers could be worse than natural marijuana.

Some Facts about Teen Marijuana Addiction Every Parent Must Know

Legal marijuana prescriptions among the elderly have increased as doctors find evidence of its effective use in treating glaucoma and Parkinson’s disease. Still, the negative effects of marijuana on the developing brains of teenagers prove it is not worth the risk of use.

The chemical THC in the drug that creates the high effect binds with neurotransmitters in the brain. Developmental issues and lower IQ are proven effects of adolescents who smoke cannabis. Other proven effects of teenage marijuana use include depression, anxiety, schizophrenia, and the likelihood for mental health issues like personality disorders and suicidal tendencies.

Teens And Marijuana Addiction is Common

These mistaken assumptions, combined with the relative ease of getting the drug, make pot the first drug of choice for most teenagers. What might start as an experiment in drug use can quickly escalate into a situation that requires inpatient or outpatient treatment.

What Are the Symptoms of Marijuana Addiction in teens?

As a parent, you worry your child might become involved in harmful behaviours. Most kids will not come right out and tell you they have been smoking pot, so you need to know what to look for:

Physical changes occur during puberty as the body grows and the child matures, but some physical changes are not normal and may warrant investigation.

By the time they are teenagers, children have mastered common tasks and developed an idea of things they enjoy doing and do not enjoy doing. While they may create new ways of doing things, a sudden lack of interest or inability to complete a common task is often a sign of drug use.

Over time, marijuana use can create long-term psychological issues that may require treatment and counselling. These mental disorders can hurt relationships and destroy a family.

Teens going through marijuana addiction need help. Without a proper treatment and withdrawal plan, their drug use could progress into stronger, more harmful substances like heroin or cocaine.

If your teen displays any of the behaviors listed here, get immediate professional help from a qualified teen marijuana addiction specialist.

When dealing with teen substance abuse disorders, it is important to realize that no singular treatment option is effective in every case. By working with the staff at Key Transitions, treatment effectiveness is practically guaranteed, as they will take the time to really learn about your child and develop an individualized treatment plan.

The most effective drug abuse treatment programs begin with early intervention. Addressing substance abuse and dealing with the problem quickly can prevent the likelihood of future drug use.

For teens in the early stages of drug abuse, a weekly outpatient treatment program is the most common option. This allows the adolescent to continue living at home and going to school while undergoing a withdrawal and treatment plan. The benefits of this type of plan include being around loved ones and maintaining a long-established routine. Disadvantages of this plan include the child being able to get marijuana from drug-abusing friends or dealing with peer pressure to use drugs.

The Teen IOP program from Key Transitions gives more support than a once-a-week meeting. Teens enrolled in the IOP program continue to live at home but have more frequent interactions with mentors, counsellors, and clinicians. Through this program, the treatment plan involves the whole family. Positive family routines and goals are developed. Trust-building exercises are included, as well as family counselling and education sessions. Teen IOP patients will also develop plans for improving academic success and rebuilding struggling relationships with former friends and teammates.

A teen addiction withdrawal program will use a combination of therapeutic methods. Your clinician may choose to employ any of the following therapy models.

Family-based therapy will be used in combination with patient/counselor therapy sessions. This is a time for airing all the dirty laundry, as the saying goes. In this controlled setting, you and your teen will have a chance to discuss what is right and wrong about your relationship openly. You will also work together to set SMART goals that will lead to your child’s success in overcoming the addiction.

Adolescents suffering from substance abuse disorders often do not realize why they became addicted to the drug. Without education about how the brain develops and how the THC in marijuana affects the brain, the teen will continue to think pot is harmless. Specially trained experts at Key Transitions will work with your child and educate them through all steps of the treatment process.

How the drug affects the brain

Self love and confidence building

Activities the family can do together

Working with school counsellors to get back on track

Working with a team

Joining a group of sober students

Offering mentoring for these individuals

Some parenting Tips for Dealing With a Marijuana Addicted Adolescent

Talking With Your Teen About Substance Abuse

Be proactive rather than reactive when dealing with a teen who may be using marijuana. Don’t get angry or become condescending. The child deserves respect and empathy. Ask him who has been dealing to him, or how he is getting the pot. He may not answer, and if not, that is fine. Educate him about how dependence begins and the physical and psychological problems that occur. Openly discuss the differences between legal usage among medical patients and recreational drug use.

When you are ready to get help for your teen, contact a teen addiction treatment center. Be prepared to discuss the treatment options and decide what is best for your child based on his level of dependency. Realize that there will be multiple withdrawal symptoms as the dope leaves his system, and honestly assess whether you can deal with that at home or if you need inpatient treatment to take place. Involve your teen in the decision if they can make rational decisions.

What is the Cost of Marijuana Addiction Treatment

Most major PPO health insurance providers cover drug dependency and addiction issues. Depending on the treatment plan, your insurance may cover up to 80% of the costs minus your deductibles and co-pay. Contact your insurance company or refer to the policy handbook for details.

There is help for teen marijuana addiction. With proper treatment, like that offered by Key Transitions, your teen will not only learn to overcome their drug addiction but will also learn skills to overcome peer pressure situations and other temptations. With guided parental support and support from their therapeutic community will help them continue to live a drug-free life.