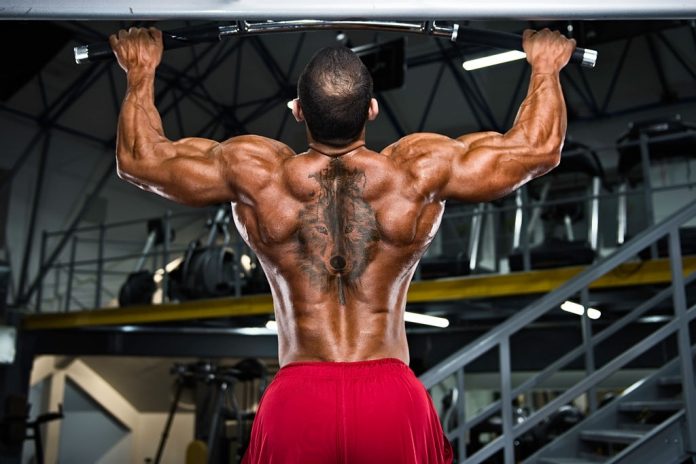 While planning our workout session, we often miss out on some of the essential muscles of our body. One such neglected group of muscles is the rear delt muscles. The rear delts are of prime importance for the composition of the upper body. Even though the fanatics pay attention to the minute details of their body, they often overlook the faulty training processes they carry on that hamper the development of the rear delt. Here we are discussing the back delt exercises and the correct procedures of those exercises. Clap for the reps!

It is essential to understand the interplay of bones and muscles underneath the skin to certain perfect body regions. One of the significant confusions is related to the positions of the rear delt muscles. Some say rear delt is nothing but the back simply because it has ‘rear’ in its name. At the same time, others like to remain fixed with the notion that the rear delt is the shoulders. The correct answer is somewhere in between these two extremes.

In the language of the physiologists, the rear delts are the ‘Posterior Deltoids.’ These muscle fibres are situated at the backside of our shoulders, originating from the shoulder blades or the Scapula. Accompanied by the lateral and anterior delt muscles, the rear delts merge into the bone, forming the humerus’s upper arm.

The following big query after the position of rear delts is about the function of the muscle. Well, to put it simply, the posterior deltoids are primarily responsible for pulling our shoulders back, restricting them from hunching. Now you can imagine what can go wrong with a faulty rear delt routine!

WHO IS HUNCHING FORWARD?

The rear delts are significantly crucial in the maintenance of a good posture. Or maybe a healthy posture. A noticeable amount of upper body hunch depicts an immoderate shoulder and back stress. No one likes a hunched back and a rounded shoulder. Psychologically speaking, hunched back put forward an image of being timid and fearful. And it is not in our plans.

The sedentary lifestyle of the millennials is to blame, at least for some part of it. The hunched body posture in front of computers and other electronics is a common sight now. Outside the gym and workout sessions, it is our choice of lifestyle. It determines what our body will feel like, from outside and from outside.

Sweating out for two hours straight into the gym and working in front of the laptop with a hunched back will not fix our body posture. Moreover, those who are adopting this body posture are unknowingly increasing their chances of injury.

Not only a poor posture is going to cause hunched back, and rounded shoulders, but a wrong choice of workout routines may also result in the same. The craze of bulging out the muscles and striping the packs in front is taking a toll. We already know that the gym rats would go for a chest workout session any day over leg day or arm day.

Excessive workout of the frontal plane may lead to noticeable hunch and rounded shoulders. In doing so, we are stretching the anterior muscles, increasing their size relative to the posterior one. A disequilibrium is seen between the stretching of these muscles. The posterior muscles are consequently becoming weaker, making them unable to pull back the shoulders in their original place.

Read and find out where are your faulty behaviours are weakening your rear delt muscles here.

THE MOST EFFECTIVE REAR DELT EXERCISES

Pointing out the reasons for a problem reduces the difficulty by half. Now we know which behavioural errors cause hunched backs and rounded shoulders. We can state the solution in a straightforward statement: paying more attention to the rear delts group of muscles. The attention to the forces should not be limited to the workout period but should also be extended to the lifestyle.

One of the most effective exercises that strengthen the rear delt muscle is ‘rear delt flys.’Fitness trainers also recommend inverted row and shoulder blade retract. Here is what you need to know:

To get massive shoulders, try out this Ultimate Deltoid Exercise.

Read on to get bonus tips on using reverse fly machines from experts. The rear delt fly machine is helps getting rid of the rounded shoulders by developing the posterior deltoid muscles. Moreover, people working out with rear delt flys are found to be smooth with the compound sets of exercises. Undoubtedly, a better posture will follow with vanishing rounds of the shoulders.

Working out with the rear delt machines reduced the chances of injury. As the device does not allow the inadequate flow of hand motions, you are much less prone to any accidents or damage. Another plus of using the machine is that it does not claim the attention of your torso.

But we are inherently provided with the capacity to go wrong with almost everything. Here are some of the things you should absolutely avoid:

Learn about the variations of rear delt exercises you can kickstart with a rear delt fly’s machine.

Working out should not be a luxury of the gymgoers only. Grab your dumbbells and start toning those deltoid muscles resting at the back of your shoulders. Here are five quick and easy tips for you:

Learn about other kinds of rear delt exercises here.

CAN REAR DELTS BE DONE AT HOME?

Yes, why not! Rear deltoid muscles workouts can be carried out in the comfort of your home. The structure of male and female bodies demands different forms of exercise patterns (Now now! We are not discriminating here). Thus, specific workout plans prove to be more beneficial for the ladies in the house. Some of the most effective strategies for such exercises are:

During the course of our exercise plans, we often ignore some of the major muscles of the body. As the physiologists would love to say, the rear delts or the posterior deltoid is one such overlooked group of muscles. The faulty exercise patterns are also causing significant damage to the rear delts. The obvious recently of such negligence is a hunched back and rounded shoulders.

There are a bunch of exercises prescribed to deal with the hunched posture of the body. Fitness experts concentrate on gaining an equilibrium strength between the posterior deltoid muscle and the anterior deltoid muscle. The rear delt fly’s workout is the most widely accepted remedy for such posture demands. It is also easy to proceed with.

The power strap exercises are the next best thing, though it requires expert supervision. A hybrid of isometric and dynamic workouts is also helpful for reducing the hunch of our back. Go for all the extra reps and walk out with a dynamic posture!

3 Sure Signs You Need To See a Therapist