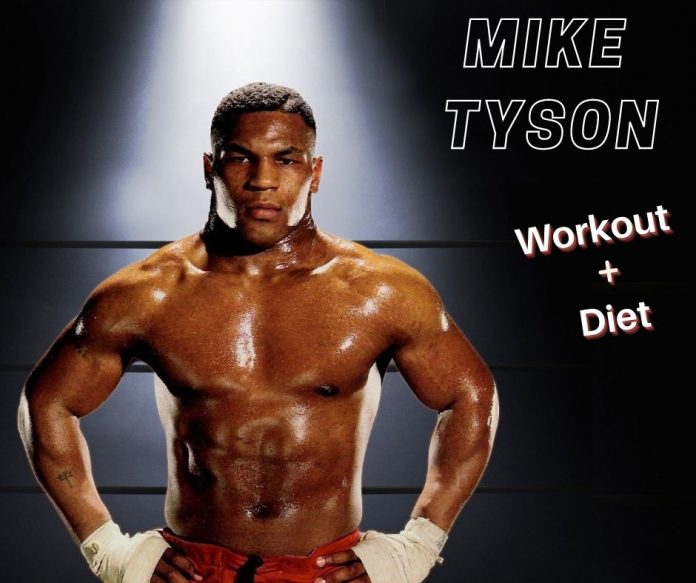 The novice boxers of the millennium have always been curious about Mike Tyson’s workout routine. The cubs should learn to use their claws before sinking their teeth into juicy meat. The success never came easy to the ‘Iron Mike.’ The greatest heavyweight boxer of his time believed in grinding and building. From 1987 to 1990, he remained the undefeated world heavyweight champion. Inevitably, his workout routine and training preferences are followed as the bible by the newcomers of the fitness world. Read on to unbox the marvels from the world of the ‘kid dynamite.’

THE JOURNEY TO THE RING 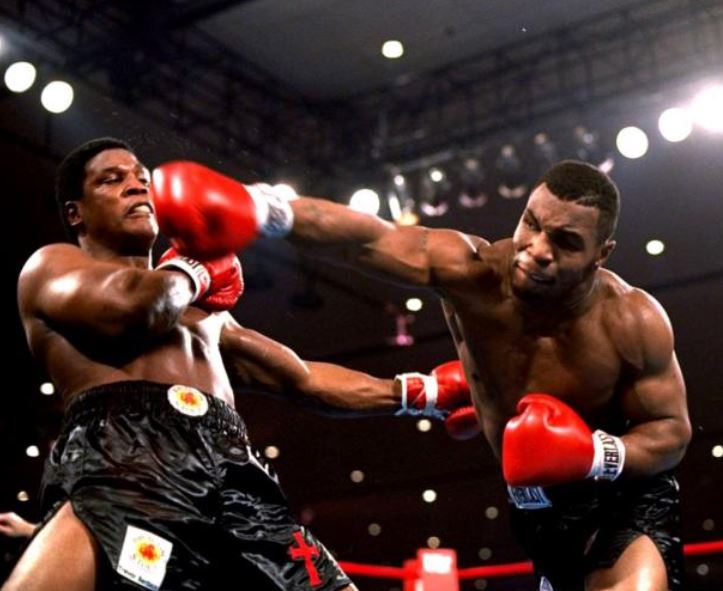 In most of his professional fights, he used to claim the trophy in the very first round. And this would have been the best thing for his opponents. Well, the next best thing Mike Tyson could provide was knockout. He was only 20 years and few months when he got to flaunt his first earned fight belt. He didn’t stop ever since. The world crowned him to be the youngest heavyweight boxer of all time.

In the stretch of twenty years of his career, from 1985 to 2005, he left a handful of milestones of Dos and Don’ts for his followers. Some of them went dusty of the rumours and hard times, while others are sitting with diamond’s glaze. Growing up under a boxing trainer’s guidance, Mike was engaged with multiple childhood conduct problems.

Mike’s amateur career started by winning golds at Junior Olympic Games in 1981 and 1982. Undoubtedly, the man cemented his name in the art of warfare. Read about Mike Tyson’s views on America and Americans Click Here.

The year 1985 could be marked as Mike Tyson’s year of rising to stardom. Since then, all he witnessed was payback for his hard work and dedication. The 18-year-old amateur turned into the ‘Baddest Man on the planet.’ The hustle story of the iron arms is long to go.

HOW DID TYSON TRAIN WHEN HE WAS 19?

The blinding light of Mike Tyson’s success didn’t make him succumb to the sedentary lifestyle of the millennium. The man tasted blood and sweat for the initial years of his life. Roaming the streets of his neighbourhood, he learned the hard truth of life. The street-smart, hard-knuckled boy grew up to be a messiah to the boxing enthusiasts.

Mike’s followers are not only attentive towards inoculating the same level of power as his. They are also practising to develop the incredible boxing style he had. One of the most talked-about strategies practised by Tyson in the ring is the ‘peek-a-boo’ style of punching. He used to move in and out when his opponent was throwing punches by closing the gap between his punches.

The peek-a-boo style cemented his name along with the other renowned boxers like Ali and Dempsey. For about a decade, he remained the champion, cutting off anybody else’s chances of being the winner. What could be the possible reason behind such indomitable energy?

The rough and dark neighbourhood of New York where he was growing up with his boxing trainer taught him to give a good fight to win the daily bread. There was no time for him to be sober and calm. Since childhood, he knew what he had to do. Fight. And thus, he started early. In a wild way. In several interviews, he has shown remorse for not getting to know his mother better as she passed away in his youth.

He also mentions how emotionally and mentally crunching it is to be not understood by a mother. No matter what height you achieve. After being mentally prepared for the roles he chose to play, there was the physical transformation. The 19-year-old boxer trained as hard as Hercules. Let’s peek into it.

The teenage Mike, with his feather-like lightness of feet and quickness of hands, trained as like a beast. His workout routine could be listed as the scariest regime of all time. Mike Tyson believed intimidation is an essential component of warfare art. He wanted his opponents to take measured steps.

After his golds from amateur years, Tyson started the toughest workout in his boxing prime. The training in the 19th was the most crucial, as his 20s saw some unexpected wins. Tyson’s boxing trainer, Kevin Rooney talks about his insane practice period.

Some of the toughest workout routines followed by Mike Tyson religiously when he was 19:

Recently, Tyson was seen rocking his grey beard with the same level of power as his twenties. The big announcement of a comeback fight between Tyson and Briggs kept the audience on the edge.

The Iron Mike did not get the strength overnight. It is a result of crazy workout routines one can imagine. The title of fiercest heavyweight fighter is something he earned over the years. Much before he entered the ring, he knew his name is going to become a chant. Tremendous efforts have been noticed in Mike Tyson workout routine.

Mike Tyson’s day would start by waking up as early as 5 in the morning. A three-mile run is the to-do list of Tyson’s MANDATORY portion. He would be back from the run by 6 AM and go for bed. This is followed by waking up at 10 AM for breakfast. Then he would straight start to work at honing his boxing skills and sparring for 10 minutes.

Close associates and interview pages of Tyson dictate that more sparring and practice is done before he would go for his lunch. And then starts the toughest part of the whole workout regime which would go for several hours at a stretch:

The day would end with the workout on his exercise bike and back to bed by 10 PM. During one of these 2500 sit-ups, Mike Tyson injured his back. The grinding strategy of Tyson made him go for a boxing match soon after the incident where he announced his broken back after winning the fight. Know more about the boxing messiah’s day-to-day routine.

Fitness trainers all around the globe are tired of preparing pep talks about the importance of the right nutrition along with prominent exercise plans. The importance of a proper diet plan is evident since the early centuries of civilization.

Getting a little back, the times when humankind was developing the philosophies, it is carved in the ancient stones about the elemental quality of foods we eat. “You are what you eat” and “you are what you think” are the two chants Mike Tyson lived by.

Workout routines and diets are given similar scales in the boxer’s diary. With Mike Tyson stepping back into the ring, we know how efficiently all the proteins, carbs, fibres, and fats played their parts in his boxing game. Without any more delay, let us take a quick look into the boxer’s pantry:

BREAKFAST: It is said that breakfast is the hour of the King. It is essential to have a sumptuous meal to start the day with. The mornings should be rich with an adequate amount of carbs so that the body gets enough energy for the rest of the day. For Tyson, the carbs should always be the low-GI carbohydrate.

Isn’t it relieving when you learn your favourite sportsperson is not afraid of carbs? There are few other things that he would go for. The oatmeal is the first on the list. The fibres of the item add to the value and build a body like an ancient war god.

Milk is a huge calcium factory that never skips the list. Vitamin supplements are the most welcomed friends. An apt amount of fish oil and magnesium supplement will only make the game smarter.

LUNCH: According to some personal nutritionists of several sportspersons, a person should stop eating when they are feeling 70% full. Above science, measurements, and logic, one can always defy their extra calories with a little bit of instinct.

The Kid Dynamite would always prepare some chicken breast for lunch. The high protein and low carbs help the body to stay flurry. The chickens in diet are effective in the consolidation of muscles. The next best thing for him is a bowl full of rice. Once again Tyson breaks the myth about carbs here.

Vitamin C and natural loaded orange juice is a huge tick in the diet plan. The Iron Mike is saying carbs and glucose come in handy if you’re prepping for something big. Please, do not cut out carbs from your diet.

DINNER: The dinner should heal your soul. At least that is what Tyson understood. His dinner would comprise of steak. The iron in the steak would replenish the physique. The red meat’s goodness is a must for anyone related to a strenuous sport.

If you train like a beast, eat like a beast. And tada! Do not fret about carbohydrates. The carbohydrate content of red meat is practically almost zero. But to balance a carb scale, Tyson’s dinner would be served with pasta. Next time do not have guilt when having pasta for dinner.

It is an efficient source of carbohydrates and helps in energy-sustaining. He would for a second time go for orange juice. And we think, more than they need for vitamin C, it is just helpful in healing his mind and soul.

To get more inspiration, check out the Chris Pratt Ultimate Transformation.

In between the three times meal of the day, Mike Tyson used to have rich protein shakes. His protein shakes were blended with about 6 bananas. The bananas are great potassium reservoirs. Now we know where those muscle’s growth originated from.

But never think that the boxer did not have a cheat day. The go-to comfort food for the ear-biting boxer is heavy dairy ice cream, oozing with all the extra sugars. Though the calcium content of such an intelligent cheat food is quite high. The situation is a win-win. Another cheat day snack is Cap’n Crunch cereal. No one knows what allured the boxer to crunch upon the cereal.

Along with his diet plans and workout regimes, Mike Tyson broke myths all his life.

One can always take refuge in Tyson’s story to get a view of their life. The only difference is, the man’s words are not sprinkled with glittery tales of hope and sealed in a pink envelope. The growing up of a delinquent child into an ultimate messiah is a story of dedication and perseverance. Starting from the dawn of his life, he never took a break from the toughest routines.

The goals achieved and the trophies won are just a small chapter of his life. The real battles were fought outside the ring, every day. The workout routines of the Iron Mike were one of a kind. Sometimes said to be the deadliest routine a man can ever imagine. He pushed his body to the extreme. There are several instances where he was found seriously injured in his career; both in the ring and during the workout.

The undaunting spirit of the person is what kept him on his feet. All through the years. The diets and workouts are given equal importance that kept him sturdy. Along with that, he broke several myths and paved the way for his followers. Mike Tysons are carved by the chisel and hammer of hard work.

3 Sure Signs You Need To See a Therapist