Home Exercising Guides How Long Does It Take to Build Muscle on Average? 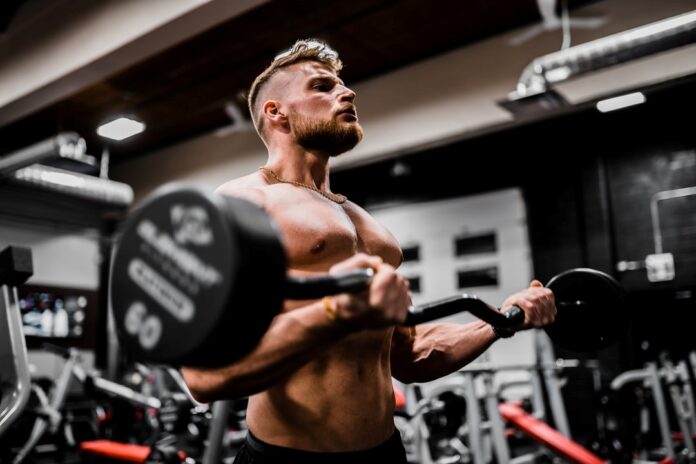 Building muscle is a top priority for countless Americans these days. Indeed, approximately 45 million adults now have a gym membership! That, according to the same source, is around 14% of people aged over 18 in the entire country.

Are you on a similar mission to build the beach body of your dreams? Well, it won’t take long to realize that achieving washboard abs and a well-muscled frame is no mean feat! After a few weeks of gym-going and no results in view, it’s natural to start wondering one thing: “How long does it take to build muscle!?”

If you’re at that point already and looking for insights on the road ahead, then you’ve come to the right place. Today we’re addressing that precise question, alongside the myriad factors that impact muscle building and what you can do to speed up the process. Check them out!

How Long Does It Take to Build Muscle?

The most honest answer we can give to this question is that it depends! We’ll go into more detail in the coming sections, but everything from your diet and training regime to how much sleep you get at night plays a role here. In other words, everyone builds muscle at a different rate of knots.

One thing’s for sure, though: it doesn’t happen overnight! At a very general level, you can expect it to take weeks or months to start seeing results (assuming you’re doing resistance training and eating well). But to achieve the lean, well-muscled body you’ve been dreaming about, it may take many years of consistent effort.

Before we go into more detail on how long it takes to build muscle, it may help to know how the muscle-building process works in the first place. With this understanding in mind, you should have a newfound appreciation of a) what you’re trying to accomplish and b) how to make it happen! Here’s a short and longer version of what’s involved:

Building muscle is a complex process of repeatedly tearing and repairing muscle fibers over time. As those tiny tears heal, the muscle fibers increase in strength and stature.

Every muscle in your body is comprised of countless fibers that tear whenever you do intense exercise. When you stop working out and let your body rest, so-called ‘satellite cells’ in your muscles active and start repairing the damage. Those cells join together, fuse the torn fibers, and increase the strength and size of the muscle in the process.

Alongside the breakdown and regeneration of those fibers as a result of working out, you’ll experience various hormonal changes that facilitate muscle growth too. One of particular note is called “growth hormone”, which is released from the pituitary gland in direct proportion to the intensity of your workouts. Not only does this stimulate your metabolism, but it also decreases body fat and increases muscle mass.

The biological mechanisms that govern muscle growth are the same for everyone. However, as we noted above, numerous factors regulate the speed at which it takes place.

That’s why it’s so hard to provide a definitive answer to the ‘how long does it take to build muscle’ question! To help you understand what we’re talking about, here’s a selection of primary factors that determine the muscle-building timeframe:

Give men and women the same training regime for a given time period and they’ll both build muscle. The men, however, will tend to gain more of it. Why?

Because they have far more testosterone (a crucial hormone when it comes to muscle growth) in their systems than women do! Don’t fret, though. Sex differences are by no means the be-all and end-all.

The most telling factor usually comes down to someone’s initial muscle mass. Man or woman, if you have more muscle, to begin with, you’ll see results much sooner. Throw training intensity into the mix and the inherent physiological differences between men and women become negligible.

There’s no denying it: some lucky people are born with a genetic propensity to grow muscle faster than others! Their bodies have high testosterone levels, produce lots of growth hormone, and use fat stores effectively. The result?

They’ll build muscle and burn fat with less effort than someone who doesn’t have those kinds of advantages. If you don’t have that good fortune, then you can outwork them in the gym and still struggle to progress at the same rate.

Imagine two friends of similar stature who start working out together. They both do the same exercise regime, on the same days of the week, and hit the gym with the same intensity. After 6 to 12 months, why would one of them be any bigger, stronger, and more muscular than the other?

More often than not, it’d all be down to diet. If person A consumed nothing but chips, fries, and chocolate all the time and person B ate large healthy meals with lots of protein, then person B would build more muscle faster. To put it another way, the way you fuel your body outside workouts has an extraordinary impact on your bodybuilding endeavors.

You can’t rely on a healthy, protein-packed diet to give you big muscles though! It only happens in collaboration with regular workouts. Moreover, as we’ll talk about later, the rate at which you build muscle has close ties to how often and how intensely you work them.

If you don’t work out, you’ll never hit your goals. If you go to the gym 3 to 5 days a week for months on end and push yourself each time, then you almost certainly will.

Rest is an oft-overlooked factor that impacts the muscle-building process. Trust us, though, it’s downright essential. As the adage goes, you don’t get big in the gym, you get big outside it.

In other words: rest (accompanied by nutrition) is a key ingredient to your success. If you hit a certain muscle group hard at the gym, then it’s important to a) give them time to recover and b) get a good night’s sleep. Failing to sleep for long enough each night can actually impinge on your ability to build muscle.

It’s impossible to know exactly how long it’ll take to build the amount of muscle you want. Yet one thing we can do is explain how to speed up the process! Regardless of who you are or how muscular you want to be, here are the 2 best steps you can take to reach your goals faster:

There’s no real secret to building your muscles. It comes down to hard work, effort, and commitment! By default, then, the harder you work, the more effort you put in, and the more consistent you are, the quicker you’ll see results.

You’re almost guaranteed to get bigger sooner if you train each muscle group more! If you’re doing one leg day a week, for example, try incorporating another leg session later in the week. Likewise, lifting heavier weights as you get stronger will increase the resistance against your muscles, force additional tears, and lead to newfound growth.

You could even combine these efforts with new technology, such as electrical muscle stimulation, to maximize the rewards you reap.

Strike a balance though. Go too hard, too often, and/or too heavy and you’re on a one-way ticket to DOMS (delayed onset muscle soreness), burnout, and possible injuries. Build slowly, develop a solid foundation, and then start stepping things up.

Get Your Beauty Sleep

Remember the crucial role that rest and sleep plays? Well, make sure you’re getting enough of both- especially if you’ve increased your training regime. Try to sleep for a minimum of 7 hours each night and aim for 8 hours whenever possible.

First and foremost, you’ll have more energy at the gym and feel more motivated to go. Second, you’ll reap the muscle-recovery rewards that occur when you’re asleep! These include the influx of special hormones (including growth hormone) that facilitate the growth and repair of your muscles.

Let your body recover in waking hours too. Things like split training (such as the classic push-pull-legs split) enable you to train hard and often without doing the same muscle groups on consecutive days.

Now You Know How Long It Takes to Build Muscle

So, how long does it take to build muscle?

It’s impossible to say! As we’ve seen, it’ll be different for everyone and depend entirely on how committed you are to the task. Put the ideas in this article into action, though, and you should start seeing results far sooner.

These insights should provide a useful starting point for your muscle-building endeavors. However, there’s lots more to learn on the topic! To continue your education on developing your physique, search ‘muscles’ on the website now.